What is violence against women and am I really a victim?

All forms of violence greatly impact the lives of those experiencing it, as well as limiting the social and economic development potential of the entire community.

This relationship of dominance and control by one person over another, or by a group of people over another, is the very antithesis of the principle of the right to equality conferred upon all Quebecers. Domestic violence  is one of the forms of violence of which women remain the primary victims in Québec.

Domestic violence is characterized by a series of repetitive acts, usually of increasing frequency and intensity. Specialists refer to this progression as the “cycle of violence” (or sometimes “spiral of violence”). In the person committing the abuse, it proceeds according to a defined cycle, through successive phases marked by mounting tension, abuse, rationalization, reconciliation and a calm period. For the victim, these phases correspond to fear, anger, a feeling of responsibility for the violence and, lastly, the hope that the situation will improve. It should be noted that not all of these phases are always present and they do not necessarily follow that order.

Domestic violence includes psychological, verbal, physical and sexual abuse as well as acts of financial domination. It is not the result of a loss of control, but is rather a means chosen to dominate another person and assert one’s power over that person. Domestic violence can be experienced in a marital, extra-marital or dating relationship, and at any age.

Psychological abuse involves putting down the other person: it translates into hurtful attitudes and words, humiliation, belittling, blackmail and neglect. It may also take the form of forced isolation by the abuser, who, often motivated by jealousy, forbids the victim from seeing certain people or restricts the victim’s movements outside the house. It damages self-esteem and self-confidence, and fosters doubt in the mind of the victim as to the abuser’s responsibility in the situation. The more socially isolated a victim becomes, the more the person becomes vulnerable to other forms of violence. In some cases, abusers may use spiritual beliefs to justify their domination and power over their victims.

Verbal abuse is most often a product of psychological abuse: it involves sarcasm, insults, yelling, degrading and humiliating comments, blackmail, threats or orders given in an aggressive manner. Verbal intimidation lays the groundwork for physical violence, creates insecurity or fear and prevents the victim from escaping the situation.

Physical abuse asserts the abuser’s dominance: it is manifested by hitting and all kinds of physical harm, from pushing to burning, biting or breaking bones, to murder. Physical abuse is often disguised as an accident.

Sexual abuse damages the victim’s sexual integrity: it goes beyond sexuality itself in the sense that, through violence, the abuser aims to dominate the other person on the most private and intimate level. It involves sexual assaults, harassment, intimidation, manipulation, brutality for the purposes of non-consensual sexual relations, and so on. Certain victims consent to sexual relations in the hopes of maintaining the peace and avoiding violence.

Economic abuse is characterized by domination by the abuser that deprives the victim of the financial and material resources necessary to properly run the household. Victims’ economic activities are controlled and monitored, such that they do not have the power to make any decisions in this regard, regardless of whether they work outside the home or not. These acts lead to economic dependence.
Among all these forms of violence, some are considered crimes, including threats, physical violence, criminal negligence, sexual abuse, criminal harassment, kidnapping and forcible confinement.

For support anywhere in Canada, go to: sheltersafe.ca 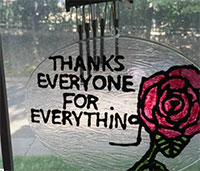